“Disclaimer: I received entry into the Pittsburgh MarathonSteel Challenge to review as part of being a BibRave Pro. Learn more about becoming a BibRave Pro (ambassador), and check out BibRave.com to review, find, and write race reviews!”

It’s been a while since I had a plethora of races on my calendar, but there was a time that the schedule was always full. I go to gatherings and what not and people keep asking me what am I running next? Well I finally have an answer, the Pittsburgh Marathon!! 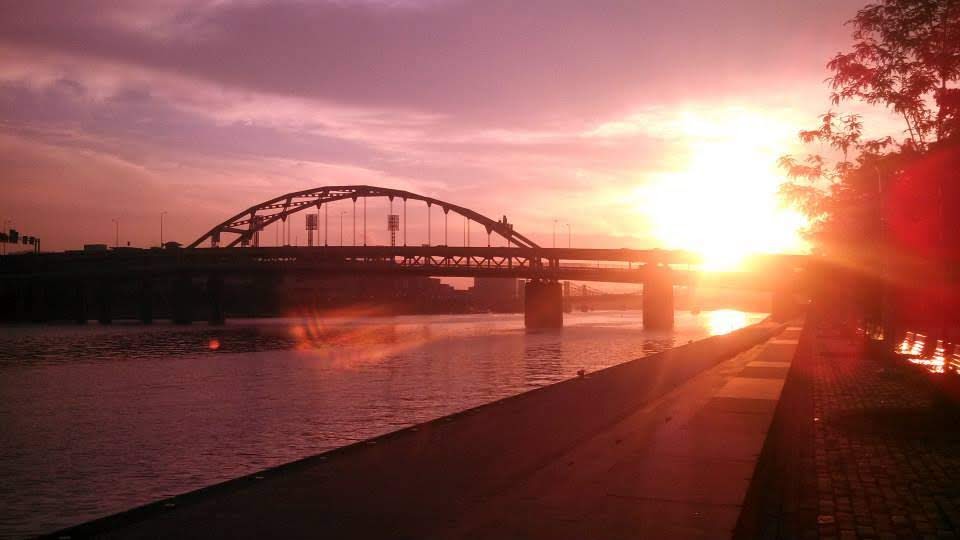 Ok, so I will run a shorter distance race here and there, in fact I am signed up for the Holiday Bowl 5k on Dec 26th and I will always try to run the Amana Freezer Run, but I need a goal.

It’s also been a hot minute since I actually trained for a marathon. I am out of shape and need a kick in the butt. This could be it!

I have been to Pittsburgh a couple of times and I have really enjoyed both trips. I look forward to discovering more about the city on foot. I also hope to enjoy some perogies. 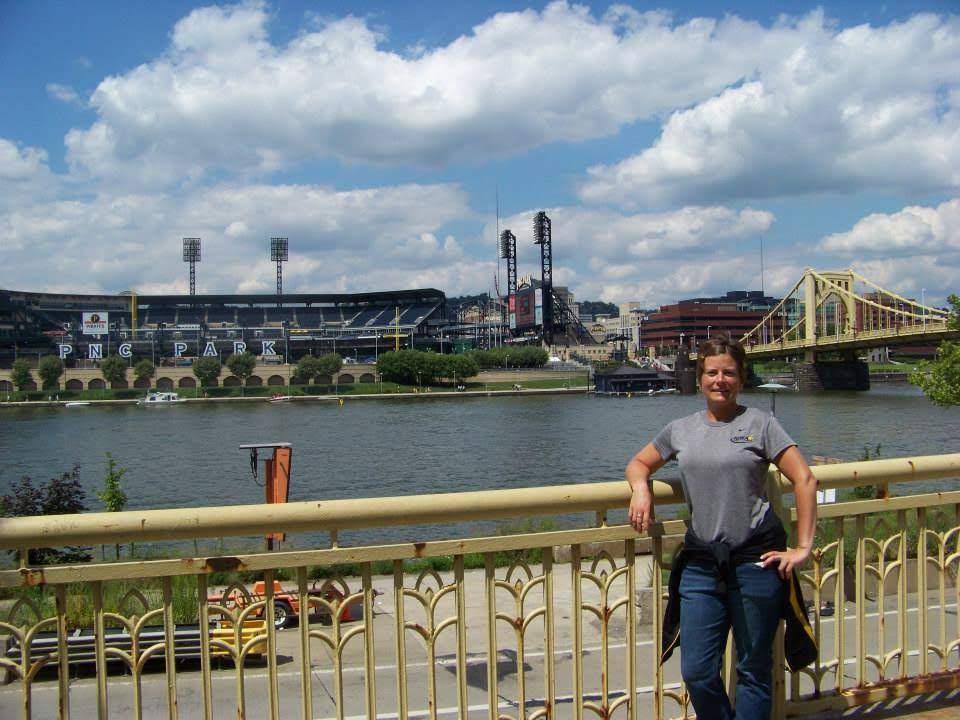 I plan to run the Steel Challenge. This includes the 5k on Saturday (May 2nd) and the full marathon on Sunday (May 3rd.) If you want to run the full, half or relay code “BIBRAVE10PGH” will save $10

I was given the opportunity to join a friend on a road trip to Pittsburgh. She was excited to see her beloved Cardinals play the Pirates. I was excited to explore a new ball park. (Perogi’s anyone?) She also had me interested when she said there would be time to run the trail along the rivers. (The Alleghany & Monongahela Rivers meet to make the Ohio River, which is where downtown Pittsburgh is centered.)

The Three Rivers Heritage Trail was the perfect place to enjoy my run along the water.

After briefly studying the map the previous night , I woke up early to run 10 miles.  I made sure to have my phone not only for safety but to take some photos.

It was sunrise and there were other active people enjoying the city, but the trail was never crowded. My biggest fear was to stumble upon a crack in the pavement and fall into the water. There were a few homeless people camped along the way, but they kept to themselves.

The trail itself consisted of paved segments, asphalt and a packed rock surface.  There were some spots in the asphalt surface that needed to be repaired, otherwise no problems.

The asphalt section ran north along the Ohio. I felt like I was trespassing on this part of the trail. The weeds, brush and trees were well maintained. The Children’s Museum and a Casino were on this stretch. Cement blocks placed to keep motorists off as this area granted access in parts to marinas and boat launches.  Mile markings were spray painted on the trail. I decided to turn around when I came across a building with curled barbed wire.

This led me back downtown where the trail is paved. It is right next to the river,  you could park your boat here.  This section had a lot of memorials & statues/sculptures.  I also ran near the entrance of Heinz Field and PNC Park. After glancing at my watch, I realized I needed to stop taking photos and get on my way.

The next part of my run was east on the Alleghany. I never really ran much along the Monongahela River. This is were the surface turned to a packed rock. There were more trail signs and mile markers sprayed on the surface. The landscape was maintained well.

I never noticed any water fountains along the way or public bathrooms. The bikers shared the trail. Everyone waved or smiled. This was such a pleasant, hassle free run. I would go back any time, I am sure there are a lot of things I missed exploring.

I had to meet my friend back at the hotel, we were going to tour the ballpark, so I ended my run at the Dunkin Donuts.  It was probably the biggest hassle of the entire morning, the line was to the door, but I waited and got my celebratory donut and coffee. I really enjoy running in new places, runcation?